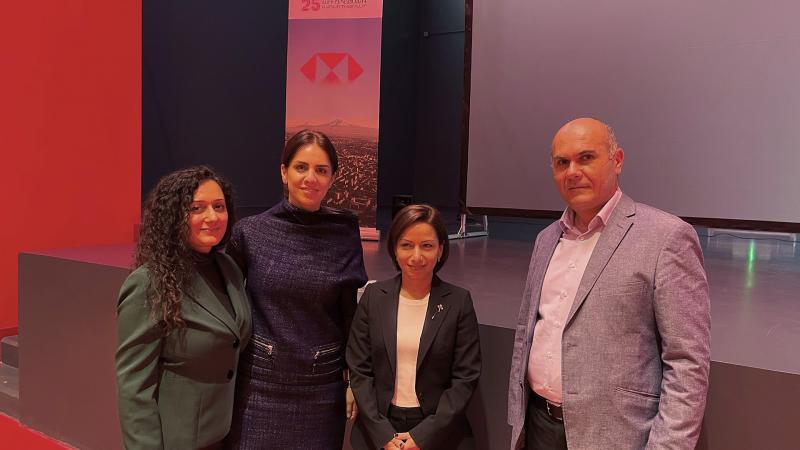 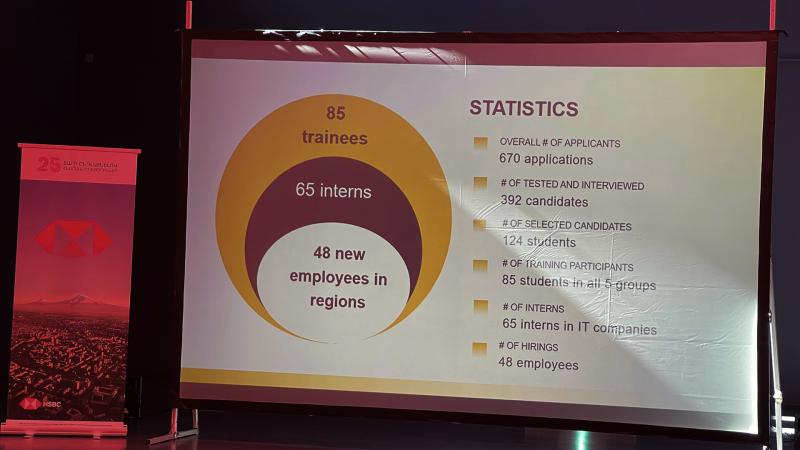 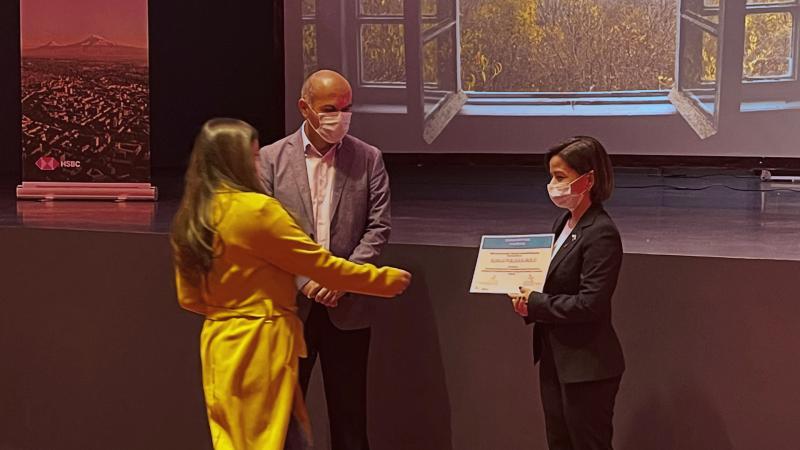 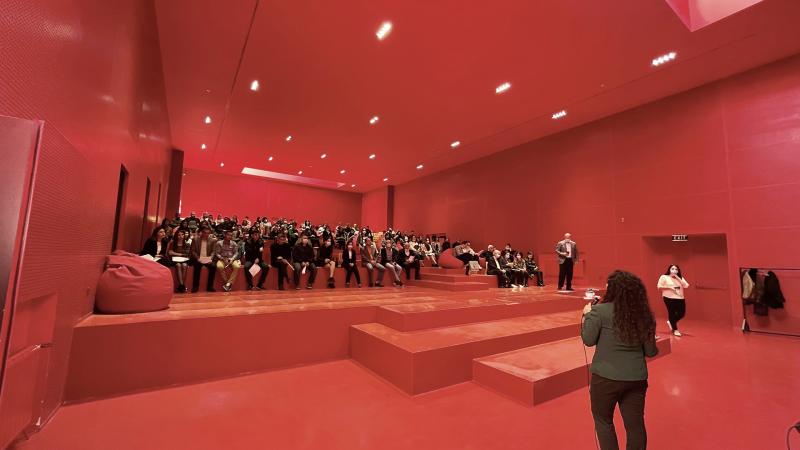 The concluding event of the project "IT and Entrepreneurial Skill Enrichment of Unemployed Population to Boost Regional Economic Development”  took place on 21 October 2021. The project was funded by the HSBC Group and implemented by the Jinishian Memorial Foundation. The overall budget of the project was USD149,000, of which USD105,500 was donated by HSBC Group.
The project was implemented in two stages in Shirak, Lori, Gegharkunik, and Kotayk regions of Armenia.
Within the framework of the first stage 75 young people were trained as IT specialists in aforementioned regions of which 48  have already started working in regional branches of leading IT companies. During the project, the beneficiaries gained deep insights into the overarching areas of engineering and programming as well as acquired other skills and knowledge required for the development of technical and interpersonal relations. The six-month training programme was delivered by senior specialists of the project’s partner organisations, as well as  interested IT companies operating in the regions. The trainings were followed by a two-month professional internship in the regional branches of the leading IT companies.
During the second stage, 45 young people from the regions were given a unique chance to start and develop a business. Practical courses on development of business skills and business planning were organised, and subsidised loans were provided as part of the project. The project also helped boost job creation and self-employment in the regions.
HSBC Holdings plc
HSBC Holdings plc, the parent company of HSBC, is headquartered in London. HSBC serves customers worldwide from offices in 64 countries and territories in its geographical regions: Europe, Asia, North America, Latin America, and Middle East and North Africa. With assets of US$2,969bn at 30 September 2021, HSBC is one of the world’s largest banking and financial services organisations.
HSBC in Armenia
HSBC Bank Armenia cjsc was established in 1996. The bank is a wholly owned subsidiary of HSBC Group. HSBC Armenia serves around 30 000 customers through seven offices located in Yerevan and around 310 employees. As of 30 September 2021, the Bank has assets of AMD311 billion including the ones, allocated with the mediation of the HSBC Bank plc, London. The bank is regulated by the Central Bank of Armenia.
Jinishian Memorial Foundation started its operation in the early 1990s with a goal to support durable solutions to Armenia’s social and economic problems by inspiring and motivating people to realize their potential. The Foundation implements projects in five strategic areas – Economic and Community development, Civil Society and Education, and Health in Armenia, Artsakh and for Armenian communities in Georgia. More information about the work of Jinishian Memorial Foundation can be found in the official website: https://www.jinishian.org.
-   Social
Read 3745
Read more >