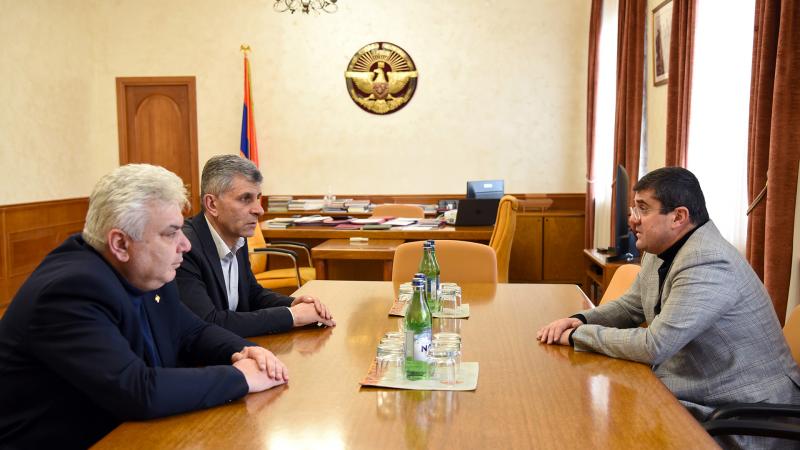 On March 12, President of the Artsakh Republic Arayik Harutyunyan received ARF newly elected Bureau member David Ishkhanyan and representative of the ARF Artsakh Central Committee Arthur Mosiyan.
Highly appreciating the role of the ARF Dashnaktsutyun in the solution of the pan-Armenian issues, the President of the country highlighted the efforts exerted towards the effective realization of the structure's worldwide potential, emphasizing his commitment in that respect.  The President specially mentioned the cooperation with the Armenian National Committee offices, noting that after the 34th General Assembly of the ARF Dashnaktsutyun he had an effective meeting and discussion with President of European Armenian Federation for Justice and Democracy Kaspar Karampetian as well.
The interlocutors also discussed issues related to the domestic and foreign policy of the republic, the existing challenges, as well as the processes taking place in the region and the world.
Շաբաթ, 12 մարտի, 2022թ.
-   Press release
Read 2500
Read more >