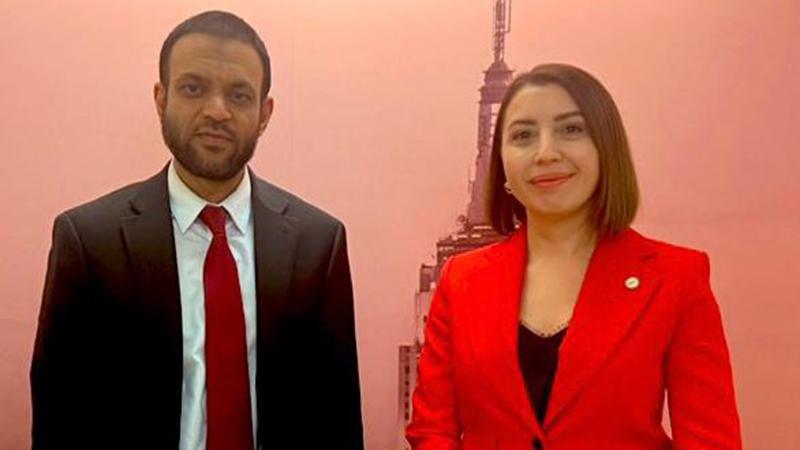 Ms. Kristinne Grigoryan discussed the achievements and challenges of Armenia's fight against trafficking in recent years with the representatives of the US Department of State’s Office to Monitor and Combat Trafficking in Persons. Ms. Grigoryan presented to the interlocutors the mandate of the Human Rights Defender of Armenia and shared the conclusions of the Institution regarding the situation in the fields of prevention of trafficking, protection of victims and effective prosecution.
In particular, the Defender emphasized specific actions to be taken in the directions of proactive detection and effective investigation of the cases of trafficking, which can change the situation.
The interlocutors emphasized the importance of monitoring conducted by the Defender's institution as an independent body regarding the policies implemented in the field and the fact of presenting concrete recommendations to the National Assembly and other policy makers through an annual report. At the same time, an agreement was reached with the representatives of the Office to Monitor and Combat Trafficking in Persons to implement more active cooperation in the outlined priority directions.
Ms, Kristinne Grigoryan met with Ambassador-at-Large for International Religious Freedom, Mr. Rashad Hussain at Department’s Office of International Religious Freedom.
During the meeting, the Human Rights Defender of Armenia presented the mandate and guarantees of the Defender's institution, as well as the situation related to the realization of religious freedoms.
Ambassador Hussain emphasized the importance that as an independent institution, the Human Rights Defender addresses the issues of securing religious freedoms both through individual applications, following problematic trials, and through applications to the Constitutional Court.Defender Kristinne Grigoryan expressed concern about the disturbing practices regarding religious freedoms especially in international armed conflicts, citing the facts collected by the Institution during and after the 44-day war of 2020 and the military attack of Azerbaijan on Armenia in 2022.
Ms. Kristinne Grigoryan also spoke about the current situation at the national level, presenting the activities aimed at ensuring these freedoms by the Defender’s Office.
-   Press release
Read 2551
Read more >
Read more >